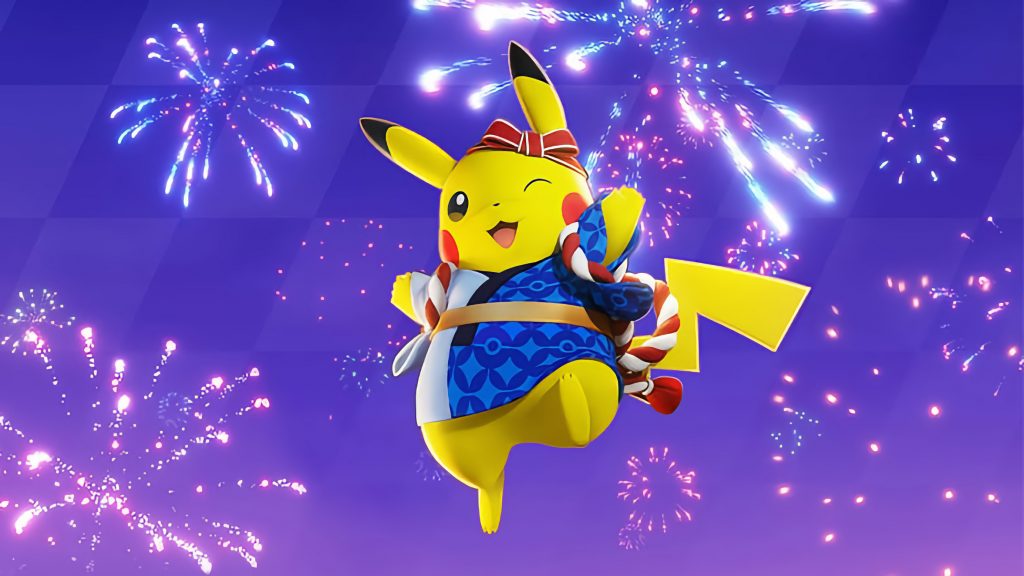 A Pokemon Theme Park is Coming to Universal Studios Japan

Universal Studios Japan has announced a new partnership with Pokemon that will bring a never-before-seen Pokemon theme park experience!

It was revealed on October 6th that USJ has partnered with Pokemon!  The alliance between the theme park and Pokemon Company is said to be a medium to a long-term partnership.  There are already multiple projects in development that USJ and Pokemon are working on.

For those of you who’ve been living under a rock and don’t know what Pokemon is, very simply, Pokemon is a franchise that has numerous video games, animated series, movies, products, and more, all based on the fictional creatures known as Pokemon, meaning pocket monsters.  Pokemon trainers catch and train Pokemon to face off in Pokemon battles.  Pokemon was first created in 1996.

The first project is set to open in 2022

The first project is set to open at USJ in 2022, but it is still not clear if it will be an entire “area” or just one attraction within the “area.” JL Bonnier, the President and CEO of Universal Studios Japan claimed that USJ is honored to partner with Pokemon to create entertainment for their visitors and fans and that by working with the world-famous Pokemon company, they will be creating a never-before-seen world of overwhelming scale and quality.

Tsunekazu Ishihara, the President and CEO of Pokemon Co. also chimed in by mentioning that they also look forward to working with the creative minds and technological capabilities of USJ to take on new challenges and create world-class Pokemon entertainment at theme parks.

Ishihara further stated that Pokemon celebrated their 25th anniversary this year, and while they’ve been blessed to be able to create video games, card games, movies, animated series, other licensed products, and hold events, they believe creating a Pokemon theme park is the next step for them.

By the sounds of the two CEO’s statements, hopefully, we’ll see an entire Pokemon “area” or world, possibly right next to Super Nintendo World.

How are Japanese People Reacting?

The hype is already beginning

Despite not a lot being currently clear at the moment, Pokemon fans in Japan are going crazy on the internet.

@Zed_uSj_0118 posted about the announcement and stated that their “dreams were coming true” and this is literally merging the real world with the virtual world of Pokemon!

Lastly, @karaagechan64 mentioned that they know USJ’s Pokemon world will be so amazing that it will have people wondering why Pokemon can’t exist in real life on their way back home!

While you’ll have to wait until 2024 for the Donkey Kong area to open, you can look forward to the Pokemon section opening in 2022!  In the meantime, you’ll have to rely on Pokemon’s 122 video games, 23 animated films, and 1,115 episodes of the TV series to get your Pokemon fix.

While that should be enough material to get you to 2022, if not, you can always try to remember all 898 fictional species of Pokemon!

Universal Studios Japan, also known as USJ, is one of Japan’s top and most popular theme parks.  As part of the Universal Studios Theme Park alliance, at USJ, you can enjoy a variety of different theme park experiences all in one stop.

USJ is known for its themed “areas” like Hollywood, San Francisco, Super Nintendo World, Wizarding World of Harry Potter, and Jurassic Park areas that allow theme park goers to enjoy rides, restaurants, and games in all of their favorite “worlds”.

While USJ in Osaka already has 10 “areas” with a Donkey Kong-themed area that was just announced coming in 2024, they aren’t done expanding.  Check out our story on the upcoming Donkey Kong area as well!