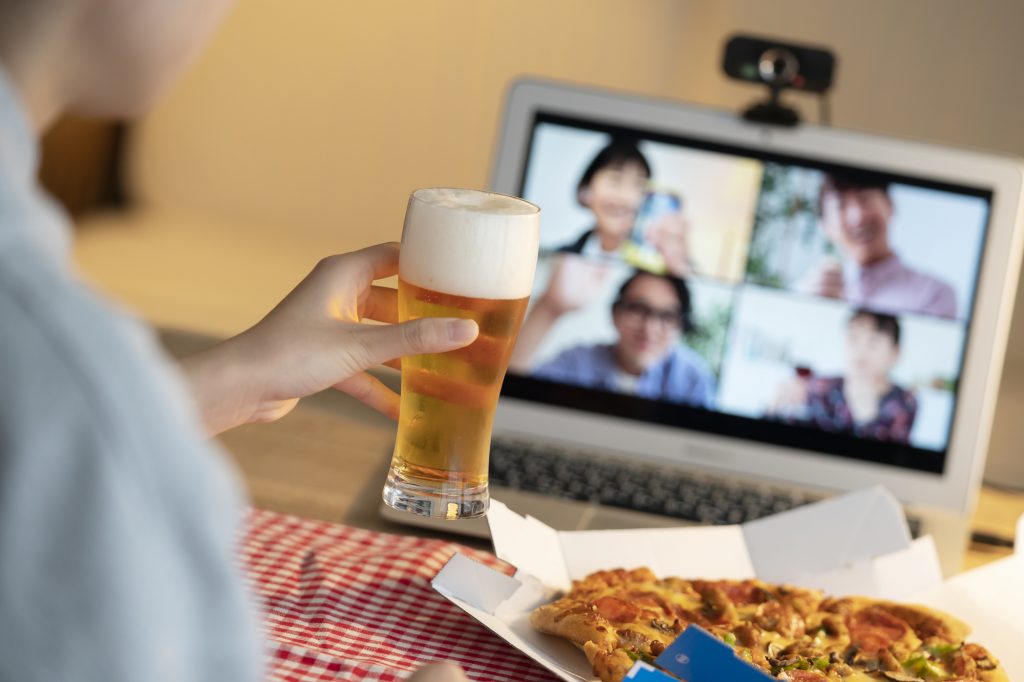 With the increase in home drinking due to the influence of the coronavirus, ‘premium beer’ in Japan seems to have found its niche as a small reward for life’s daily struggles.

The coronavirus has sounded a death knell for many industries such as airlines, restaurants, and hotels. For others, such as delivery services, online education, and video streaming, the pandemic has been a boon. The same can be said for beer. Whereas beer consumption at restaurants and bars has plummeted, Japanese consumers are still enthusiastically buying beer at supermarkets to drink at home. They are not, however, satisfied with just any old beer. It turns out that sales of premium beer are surging.

Ringing in the New Year at Home

As the third wave of the coronavirus continues to rise, the Japanese government has been imploring its citizens to refrain from going out to drink with friends and colleagues from work.  While prudent, this advice flies in the face of tradition—especially at this time of year.  The Japanese have, in fact, a special name for this type of party.  It is bo-nen-kai, which literally means “forget the year party.”  No matter how appropriate that sounds like a way to say “good riddance” to 2020, this season, such events are almost exclusively being celebrated at home while Zooming.  While many despise such parties even during regular times and especially scorn the online version, the trend for “staying at home” has forced just about everyone to change their lifestyle.  It has prompted others to feel more comfortable by spending a little extra on themselves.

At the end of November, Asahi Shinbun Media surveyed 578 adults across the country to investigate the following:  1) Where will you spend the holidays this year?  2) Which beer do you want to drink most during this time?  3) What will you do to boost the holiday spirit?

Nearly 90% responded that they planned to stay at home, which was, of course, no surprise.  Also, as predicted, plans to drink beer—the “go to” drink for most during holiday parties in Japan—were cited frequently.  Because they cannot simply dine out, more than 60% responded that they were planning to splurge a bit.  “I’m refraining from going out because of the corona, so I want to enjoy a delicious beer at home for that amount,” said a woman in her 40s.

Online drinking parties and small-group home parties became the new-normal at the end of 2020. The Japanese call such parties bo-nen-kai, which literally translates to “forget the year party.” How appropriate for 2020!

As Japan is still waiting for the vaccine, this trend is likely to continue into 2021.  Thus most shin-nen-kai or “New Year’s parties,” which also typically involve a great deal of alcohol, will probably occur online, too.

It turns out that the trend of feeling justified to celebrate in style at home is favoring certain products.  In response to the question of “What kind of beer do you want to drink at the end of this year when you mainly drink at home?” more than 80% of people cited premium beer.

A female respondent in her 40s mentioned, “I want to drink with a little luxury now that the drinking party is gone.  A male respondent in his 50s reported, “I work from home, and my productivity has declined.  I did my best and rewarded myself for this achievement with a premium beer.”

With the increase in home drinking due to the influence of the coronavirus, premium beer seems to have found its niche as a small reward for life’s daily struggles.

What makes it premium?

Premium beer demands higher pricing.  A recent survey published by we-love-beer.com found that at convenience stores, average retail pricing for one 350ml can of both Kirin Ichiban Shibori and Asahi Super Dry, two popular run-of-the-mill (non-premium) beers in Japan, was 207 JPY.  This compares to 240 JPY per can of Sapporo Ebisu, a favored premium beer.

It is, however, a little unclear what justifies this premium.  A user wrote in the “Box of Wisdom” on Yahoo Japan that Japanese premium beer is made with special ingredients, and the brewing process is more complicated.  Hmmm…We’ll just have to go with that explanation for now.

Besides being able to feel better about splurging a bit, there has got to be something more behind this new trend boosting premium beer sales in Japan.  One possible factor is the liquor tax revision implemented in October 2020.  Although the amount of tax only went down by 7 yen from 77 yen per 350ml can of beer, the reduction in the beer tax rate seems to be having a big impact. Consumers can now rationalize paying extra for “premium beer.”

There must be some beer lovers at the Japanese tax authority. You may be pleased to hear that they will continue to reduce the amount of tax on beer in the near future.  The next tax cut will be going into effect from October 2023. There will be another one in October 2026.

“And the winner is…”

Within the “premium beer” segment there is, moreover, a clear winner emerging.  Sales of Suntory’s “The Premium Malt’s” brand are strong, up 12% year-on-year.

Suntory actually makes multiple versions of “premium beer” under the brand “The Premium Malt’s,” which is known in Japan simply as “Pre-Mol.”  Another popular variant is “The Premium Malt’s Ale,” which was developed as an ale “specifically for Japanese taste buds.”

Hikomaru37 proudly tweeted about making a special meal of au gratin potatoes to go with the “Pre-Mol Ale.”  The response online was quite supportive.

Its sky blue package seems to have a good reputation, too.  Sales through November 2020 of this sub-category were up 26% vs. the same period during the previous year.

Gift giving is a well-known tradition in Japan, and giving a carton of specially wrapped “Pre-Mol” is proving to be an especially popular gift this season.    A male respondent in his 60s explained that he chooses premium beer “when you want to give a feeling of luxury.”

Tsukasa Shotaro was thrilled to have won a year-end gift promotion.  He tweeted, “My favorite, Pre-Mol!  I am going to drink as much as I can during New Year’s and the Obon festival.” As the Obon festival is not until August, we’ll see if this present can last that long.

Suntory’s savvy marketers are meeting a demand for something special to celebrate the conclusion of a particularly challenging period.

All of this talk about premium beer must be making you thirsty!  Well, it’s time to judge for yourself.  Why not celebrate by going out to buy a case of “Pre-Mol” and drink to better times in 2021!  Happy New Year!

Considering the popularity of six-sided watermelon, it was only a matter of time before Japan’s key dietary staple would be transformed into…
June 9, 2021

As businesses struggle to turn a profit during the pandemic, one noodle shop has turned to a noodle vending machine to bring…
April 7, 2021