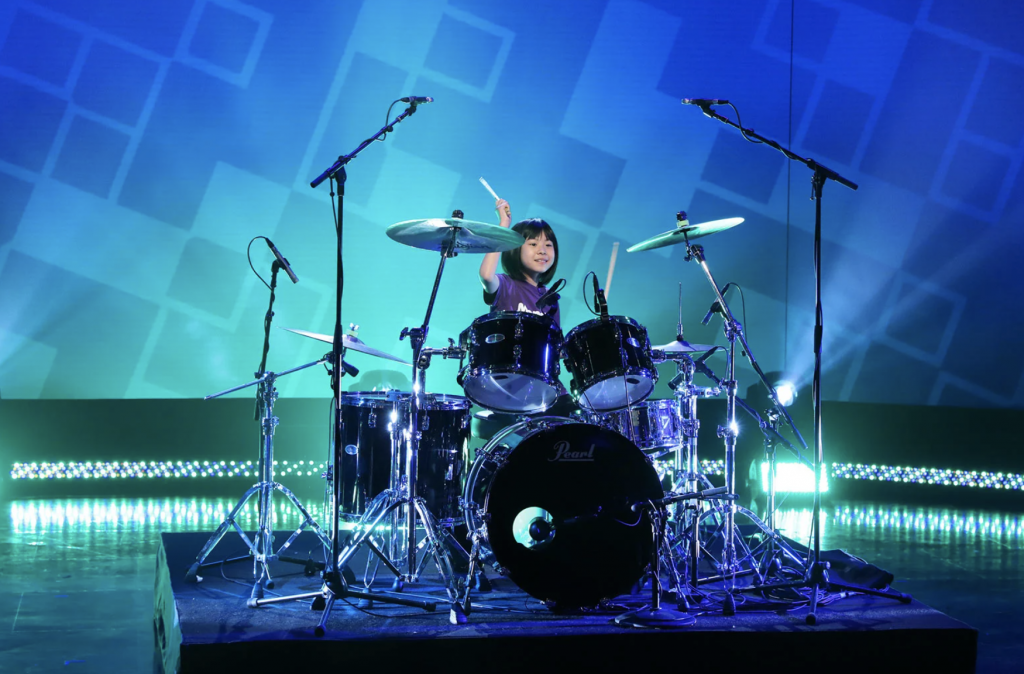 12-year-old female rock n’ roll drum prodigy YOYOKA is next to make it big, but Japanese society and culture might stop her.

We’ve all heard of drummers like Dave Grohl of Nirvanna and Keith Moon of The Who, but a name you’ll likely be hearing a lot in the very near future is Yoyoka. Not only is she still only 12 years old, but she’s also already proven to the world that her name is worthy of being mentioned alongside the names of legendary rockers.

12-year-old rock n’ roll drum prodigy Yoyoka Soma was recently selected into News Week Japan’s “100 Japanese Respected By The World” list as well as being added to Drummer World’s “The World’s Top 500 Drummers” list. Known professionally and to her 200,000 subscribers on YouTube as “YOYOKA,” Soma has racked up over 44 million views on her rock n’ roll song covers.

Hailing from Ishikari, Hokkaido, YOYOKA began playing drums at age 2, meaning everything she’s already achieved as a drummer came after only 10 years of playing. The majority of her rockstar counterparts have been playing drums for decades. While YOYOKA has already made quite a name for herself, she and those around her feel that staying in Japan is limiting her potential to become one of the world’s best and most well-known drummers. In other words, since YOYOKA’s only 12, her career as a drummer is only getting started.

Her family and many of her fans also think that in order for YOYOKA’s career to really take off, she needs to leave Japan, where the very traditional school system limits many children from “thinking outside the box.”

YOYOKA also feels the same. A trip to the States left YOYOKA wanting to move there to study and continue her drum career where she can “be her natural self.” She also mentions that “in Japan, I feel that I have to draw within the lines of a coloring book, not to stick out. When I play in America, I feel like I can paint freely.”

For example, YOYOKA was asked not to play the drums in her school’s production after she was told her ability to play multiple percussion instruments at once in a drum set was taking away chances from the other children to play one portion like the snare drum. Ever since, YOYOKA hasn’t played the drums in school since first grade and the reason for her recent month-long trip to the States, to play drums on tour, was kept from her classmates.

While people are suggesting that Japanese society along with its conventional school system is failing YOYOKA in a sense, she maintains a generally positive outlook as she says, “I don’t hate Japan… but I want to go to a place where I can explode and express my personality and talent.”

As housing and living costs in the States are high, YOYOKA’s family is currently looking for sponsorship and crowdfunding options to help support them.

YOYOKA has her own suggestions when it comes to tackling Japan’s societal and institutional problems. The 12-year-old wishes that there was a day when the children could teach the adults at least once a month at school. YOYOKA feels that it’s the adults in Japan that have implemented this notion of rejecting individuality and “thinking outside the box,” while nations like the United States promote it.

Yahoo News Japan mentions that the Japanese school system’s tendency to promote collectivism and YOYOKA’s plans to leave Japan paint a frightening picture of how Japan’s current societal and cultural issues actually play out. Namely, as more of Japan’s young creatives or professionals who are considered to be “the future of Japan” continue to leave the country for similar reasons to YOYOKA, Japan’s rapidly decreasing GDP and increasingly aging population is likely to only get worse.

Soon, YOYOKA and the Soma family will likely move to the United States in the near future in order for her to keep pursuing her dreams and embrace her individuality and creativity. As for the Japanese educational system, drastic changes will likely need to be implemented in order for Japan’s economy to rejuvenate. Hopefully, changes in Japan’s traditional education system will help the future generations of Japan give rise to the societal changes needed to save its economic future.