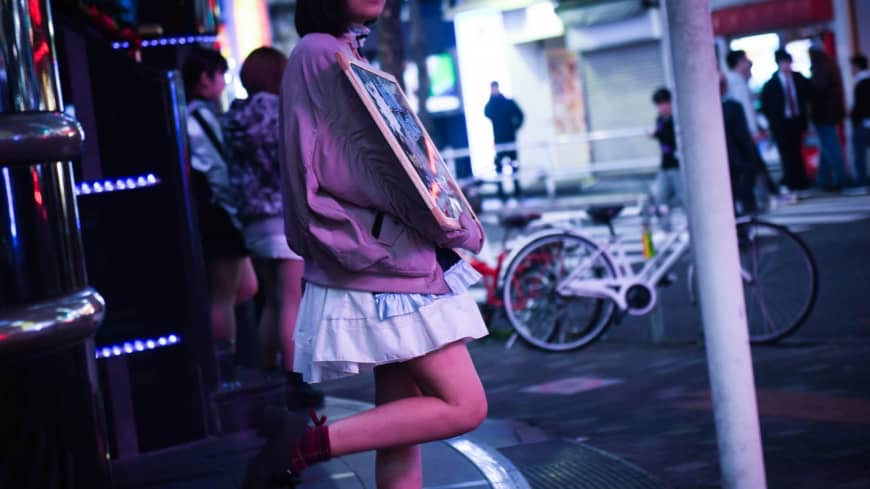 A female civil servant in Japan made $10,000 doing a bunch of part-time jobs—sex work among them—to afford her host club fees.

It seems the only extra work held in great esteem in Japan is overtime for your full-time employer. In fact, many Japanese companies stipulate you do not take on part-time jobs or that you must inform them of your part-time jobs. As antiquated as it may seem, having multiple employers can make full-time employers doubt employees’ company loyalty. Companies are understandably nervous as they bear responsibility for their employees well outside of work hours. If an employee does something that can hurt the company’s reputation, as was the case this week in Tokyo, it can generate adverse publicity for an employer and hurt the public’s trust in them.

Too Broke to Enter the Host Club

If you’ve ever spoken to a young, bright-eyed student in Japan, then you might know that becoming a civil servant is at the top of their list. A respectable job with an average salary of about 4 million yen (~35,000 USD). However, it doesn’t leave room for one to indulge in luxurious hobbies such as frequenting a host club. If you are unfamiliar with the Japanese phenomenon of host clubs, they are establishments where women pay to be entertained by men. Usually, the entertainment is light-hearted conversations and involves alcohol. Typically, the hosts make money through the commission on the alcohol the women buy.

The 27-year-old female working for the Tokyo Regional Taxation Bureau’s salary was clearly not enough to cover her favorite pastimes. So, she turned to extra part-time jobs—as many in the millennial generation do—to supplement her civil servant salary. From October 2020 to January 2022, the female civil servant clocked in 150 days worth of part-time work. She used her weekday evenings and sick days to make an extra 1.25 million yen (~10,100 USD). The most shocking part-time job was her time as a “Soap Girl”.

A “Soap Girl” refers to a worker at a soapland, a bathhouse that actually runs as a brothel. These soaplands skirt the explicit ban on prostitution by keeping their services implicit between the sex worker and client.

Despite hiding her side hustles for more than a year, the young woman’s moonlighting came to light when a co-worker snitched on her. As a result, the female civil servant underwent an investigation which resulted in a nine-month suspension. Unsurprisingly, the female employee promptly resigned from her office. During the same week, a 24-year old male tax employee in Kanagawa got suspended for a month for having a part-time job at a dispatch company. He also resigned the same day of his suspension.

Layla Knight is an extroverted, inquisitive creature who enjoys researching, writing and teaching. She can be found frolicking the streets of Tokyo with her mates as they work together to avoid crowds and queues. Try to catch her if you can!