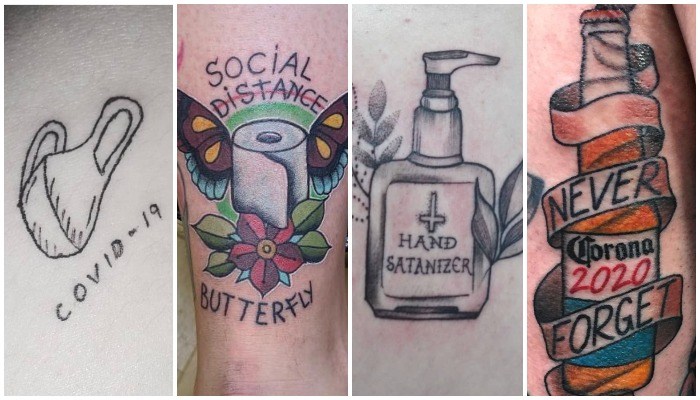 Tattoos are typically taboo in public places in Japan, but the way tattoos are viewed has recently begun to change.

The Taboo World of Tattoos and Tattoo Culture in Japan

Anyone who’s ever seen a gangster movie about Japan’s organized crime syndicate known as the Yakuza knows that those guys (and girls) are often covered in tattoos.  While members of Japan’s mafia groups sport full-body tattoos, it’s pretty uncommon to see anyone else with visible tattoos in Japan apart from a very, very small amount of rebellious souls.

This is because for the most part, to put it very simply, tattoos have long been considered taboo due to their associations with the Yakuza.  To illustrate just how taboo tattoos are in Japan, foreigners who visit are often surprised when they aren’t permitted to enter public pools or hot springs because they have tattoos.  While this may seem like overkill, it’s common practice in Japan.

While many still consider tattoos to be taboo or undesirable, this mindset is slowly beginning to change.  Over the last decade, and even more so in the last two years, the general perception of tattoos has eased due to Western influence, pop culture, the Olympics, and COVID-19.

Nowadays, a lot of Japanese people are starting to see the world of “fashion” tattoos.  What I mean with “fashion” tattoos is that not all tattoos have to indicate membership to a criminal organization or gang, like, for example, this tattoo of Spongebob Squarepants and Patrick Star.  On the other hand, some people get tattoos as a fashion statement, or even to cover up scars or birthmarks they don’t want people to see.

Speaking of what we want people to see, and what we don’t, COVID-19 has actually been helping change the general outlook on tattoos and tattoo culture in Japan.  It all has to do with what some refer to as “public” and “private” fashion.

While we were all on lockdown, the fashion industry struggled as the demand for clothes dropped. With people leaving the house less than ever, a good hoodie and sweatpants can make up an entire wardrobe.

Thus, the industry for fashion we wear out was hurting.  In Japan, this helped to open a new door for the “private” fashion – things like tattoos and piercings.

Now, timing is really important here.  COVID-19 struck and put the world on pause at a very interesting time in Japan.  In early 2020, Japan was in the process of getting ready for the Olympics, which we all know was pushed back one year to 2021.  On top of this, social and cultural changes or movements were taking place all over the globe, including in Japan.

Starting a couple of years prior, Japan began prepping for the Olympics by trying to change not only the ways people saw foreigners but also to begin fixing some of the nation’s unspoken sociocultural issues surrounding taboo subjects like tattoos, racism, and prejudice.

This was almost like a way to “prep” the public for what we all thought was going to be a massive influx of foreign tourists, many of whom would have had tattoos.

While the entire process involved an array of different methods, one simple way was to increase the number of foreigners on television.  This was so Japanese people would be exposed everyday to foreigners from different places around the world and would begin to like certain people and relate to them more.  New shows where people from multiple different countries would appear and for example, explain what a McDonald’s menu is like in their home country, or spoke about differences and similarities between their home nation and Japan, became more common. This all comes back to COVID-19 as like myself, many people spent a lot of time in front of a screen during lockdown periods.

Slowly but surely, as more and more foreigners were on television everyday, and the influence of foreign pop culture made its way deeper into Japan, opinions and perceptions on normal things in the West like tattoos or skateboarding started to change, especially for young people.

To get a better idea of how this kind of thing works, I covered in an article how Japan’s skateboard gold medalist Yuto Horigome changed the way people saw skateboarding after winning the men’s street segment in the Olympics.  Horigome wasn’t at all what people thought skateboarders were like, and he proved to people that there are other ways to perceive things.

Still, with tattoos, not many Japanese celebrities or athletes have visible ones in comparison to Western celebrities who are sometimes covered in tattoos from head to toe.  In fact, some celebs can even be dropped from their agencies if they get tattooed because they think it will hurt their image.  Meanwhile overseas, some of the world’s biggest names and biggest role models to children, like Lionel Messi, have tattoos.

The Future of Tattoos Looks a Little Brighter

Regardless, Japan’s younger generations who are now more exposed to the world through things like the internet and social media continue to be exposed to and influenced by figures in Western pop culture.  Slowly but surely, the process of tattoos being considered less and less taboo began years ago, and COVID-19 and the Olympics actually helped speed it up.

The Olympics and Japan’s preparations for it helped increase exposure to the West, while at the same time, COVID-19’s lockdowns helped increase the demand for and interest in “private” fashion, as people began to want to experiment with more than just clothing and hairstyles in order to express themselves.

Only time will tell how tattoo culture will change in Japan in the future.