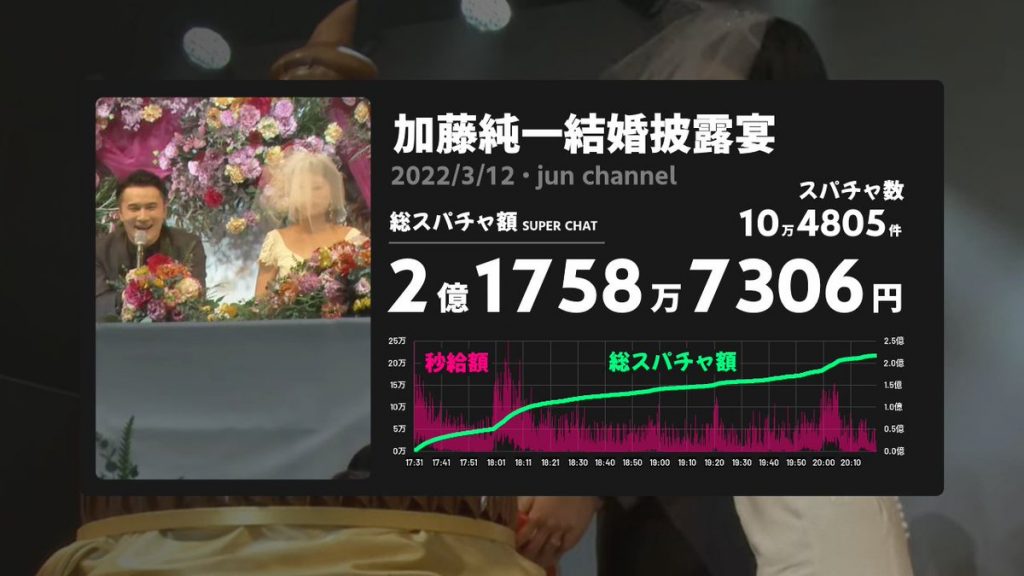 What’s new: Popular Japanese YouTuber Junichi Kato and his wife made history last weekend by collecting a global record total of 217,587,306 yen (US $1.84 million) worth of donations in the form of super chats from 104,805 individuals while live-streaming their wedding.

Why it matters: Mr. and Mrs. Kato’s online achievement has highlighted the ability of the most popular YouTubers to “super chat” their channels to generate some serious cash.

The big questions: While the monetization of live-streaming events has become an established method for gamers to generate an income, is nothing private anymore?

It only took Kato and his wife just under 3 hours to surpass the previous world record for super chat donations, which had belonged to Uruha Rushia, the world’s #1 ranked virtual YouTuber since June 2021 .

What’s next:  YouTubers—both human and virtual–are likely to continue to lead Japan’s digital transformation, despite segments of the population who are resistant to change.

The big picture:  As YouTube viewership continues to explode, the popularity of large-scale super chatting is likely to spread from Japan.