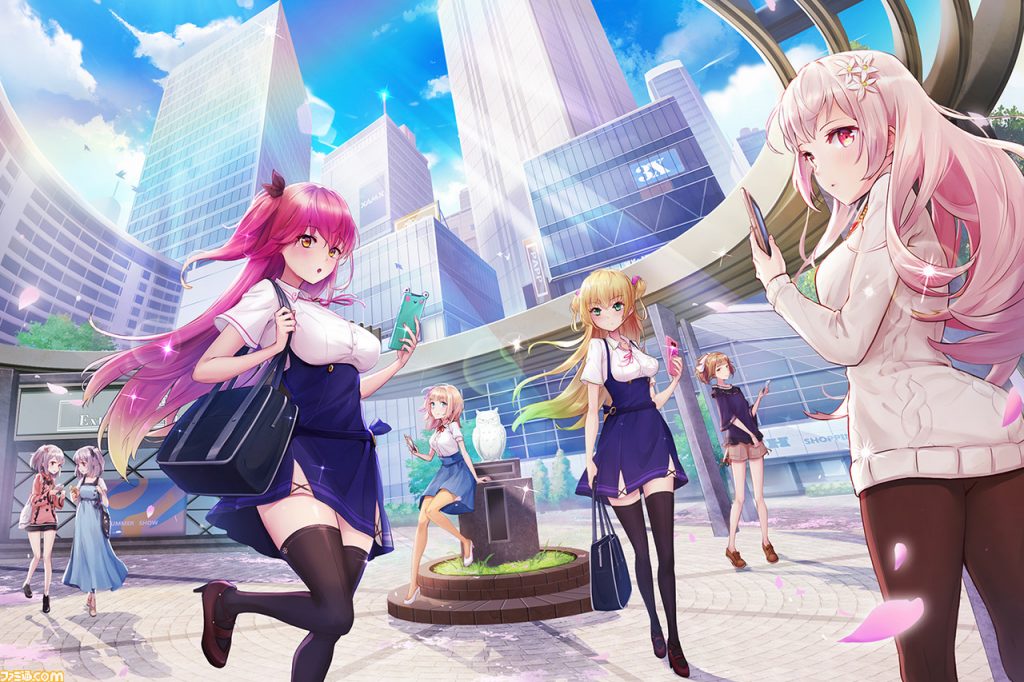 Japanese Men Are Falling in Love with Characters in New A.I. Dating Game

Japanese men are falling in love with new A.I. video game characters in the game Plus Links: Thoughts of Connecting With You.

Meeting People Nowadays is Harder Than Ever

In this day and age, and especially for the last two years, we’ve all been dealing with a global pandemic, making it very hard to meet new people.  With many people wanting to focus on their careers, finding the time to go out and mingle can be tough for many.

In Japan, like the rest of the world, this is all true.  In fact, we recently explored Japan’s alarmingly low marriage rate.  It’s the lowest ever since World War 2.  People just aren’t getting married, let alone dating as much.

To cope, we’ve seen the rise of apps like Tinder, Bumble, or Tapple, a Japanese dating app, that all make it easier to connect to others.  Most of these apps involve swiping left or right indicating a “yes” or “no” to another user’s profile.  When two people match, you can then chat with them via text messages or just talk.

More recently, some people are chatting with others through apps like these, but not meeting up in real life.  That’s because not all of them are actually chatting to “real life” people.  In extreme cases, some people are starting to fall in love with “people” who aren’t even real.

Plus Links: The Dating Game Causing People to Fall in Love with Virtual Characters

A new video game in Japan called Plus Links: Thoughts of Connecting With You (roughly translated) has been going viral.  Plus Links, made by DMM Games, is an all-new “romance game” where users chat to female characters.  It is now available on PC and smartphones.

People are falling in love with one (or more) of the 13 characters in Plus Links due to the game’s utilization of new A.I. software that generates text and speech from characters based on the user to generate unique responses made just for you.  The A.I. makes for real-time chats that are just like texting a real person. Although, I’m guessing that unlike real life, the girls in the game are already programmed to be into you – but I could be wrong!

In particular, as you chat to any of the 13 girls in the game, who all have different personalities, the A.I. picks up on what topics you talk about, your word choice, tones, perceived personality, time of responses, and more, which all go into generating “real” responses to whatever message you send.  The AI has also likely learned from DMM Games’ other games, many of which are internet-based, meaning players likely communicate online through the games.

Plus Links is not only a romance game made simply for talking. Ther also seems to be somewhat of a storyline, as DMM Games refers to it as an “adventure game.”  Though, the game’s story seems to be just the backstory of each character.  For example, there was a “Summer Vacation Event” where the characters recalled fond memories of previous summer vacations.

In the game, as outlined, you can choose to get to know any (or all) of the game’s female characters.  On the official Plus Links website, you can see each of the characters under the “characters” tab (don’t worry, the tab is in English as well).  Each character is listed along with their names, the name of their voice actress, birthday, height, blood type, hobbies, favorite foods, and occupations.

How are Japanese Men Enjoying Plus Links?

While the majority of the gameplay seems to be chatting with the girls, because the game utilizes AI software to generate responses to anything you ask, the game is becoming very popular.  What I’m trying to get at here is that not all the guys who are playing this game are asking the girls what their favorite color is, or what kind of food they like.  After combing through Japanese Twitter looking for posts about Plus Links, it became apparent what kinds of (adult) things people were asking the girls about pretty quickly.

A very PG-13 version of what I’m talking about is outlined in @10uAyc’s post on Twitter, who posted a screenshot of their chat with a character named Ai.  In the post’s caption, @10uAyc said “Ai-chan won’t let me see her underwear.”  The screenshots of the chat show the user asking what color Ai was wearing today and to show them to him, with Ai responding that she was embarrassed and that he was a pervert.

On the other hand, others are experiencing a more refined version of the game, as it was likely intended to be.  @korezo355 posted a screenshot of the game where he was talking to Tsuyu-chan, who is saying that today is her favorite day because it’s her day off and tomorrow is also an off day.  @korezo355’s caption says “Tsuyu-chan is so cute, I totally get this, consecutive off days are the best!”

While some people are really falling in love with the characters, it seems others chat to them for other reasons as well.  Either way, the new A.I. software lets people chat to virtual characters who seem totally real.  This way, they can ask about anything, anytime, at any place, and not have to worry about what the person on the other end will think of them.  Not to mention, there is no risk of ever running into them in real life.

It seems that DMM Games has made an alternative to a real dating app where you’d have to talk to an actual person.  While this does seem counterproductive to tackling Japan’s marriage crisis, aging population, low birth rates, and all kinds of social issues that are halting people from meeting each other, it does help those who feel too shy to hop on a dating app, but do want to talk to other “people.”  On the other hand, those who take advantage of asking the things that Siri or Alexa would never answer also seem to be enjoying the game too.