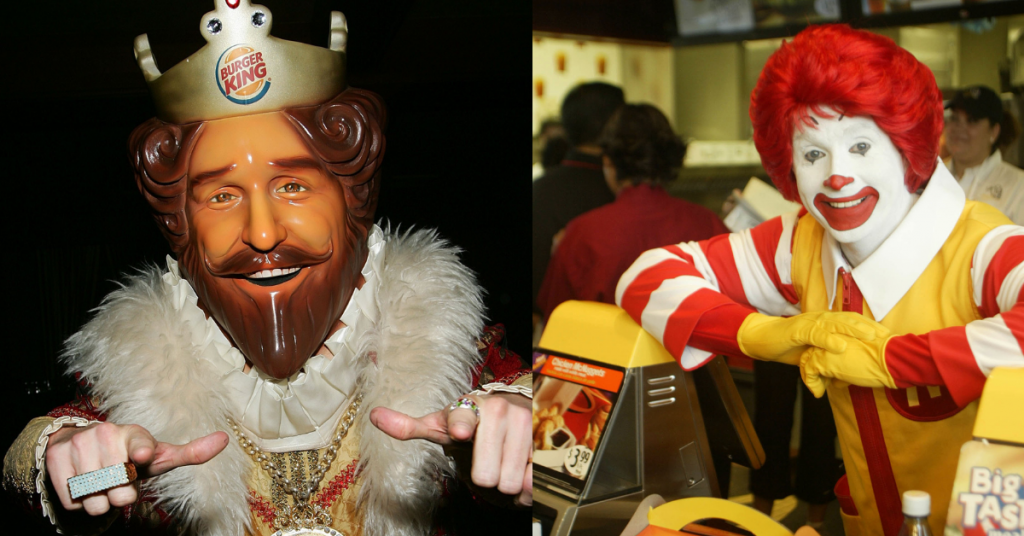 Nowadays ads are everywhere. This is no different in Japan, where you can find ads shoved all across cities in billboards, on trains, and anywhere with a free wall. Most of the time successful ads are short, simple, and in your face, but sometimes, they’re more complicated, more clever, more… devious.

Burger King Japan seems to have taken a play out of the latter’s book. Not only is the new ad seen at the Burger King in Akihabara, Tokyo’s famous electronics and anime district, a little more complicated than the usual “have it your way” ad, it’s more clever and more devious. In short, it contains a hidden message that takes a jab at their long time rival, you know, that one little restaurant with the golden arches?

Of course, rival fast food joints making slight remarks towards their competitors in ad campaigns is not a new concept. In fact, it’s really common. Sometimes these ads in the States even directly mention competitors’ names or products.

However in Japan, a nation known for how polite and respectful its residents are, it’s not common at all to publicly take a jab at a competitor. You don’t even see ads where a company compares their product to one from “company X,” the obvious implied rival. The good news for us as consumers is, Burger King Japan has a few subliminal tricks up their sleeves. Trust me, this story gets pretty crazy.

How Burger King Japan Hid Secret Messages in Their Ads

Here’s what they did. Burger King Japan displayed a poster titled “Our Values” featuring a picture of the famous “Whopper” and a long quote about how they pride themselves on not using artificial preservatives, coloring, or any chemicals in general.

At first glance, while the poster does have a lot more text than usual, it seems totally normal. When the message is read horizontally, from left to right, the text too, is normal.

The “real” message hidden in the ad so subtly that only those who really took the time to look closely at it were able to see it. The more curious Burger King visitors noticed that when you read the text in the traditional Japanese style, vertically, from right to left, the actual secret message hidden within the ad appears.

It reads “things that are more important than the size of a store.”

If you’re thinking, “okay… that doesn’t make so much sense,” you’re right, it doesn’t, and it won’t until you know the full story, which dates back a whole two years. Just remember, this is Japan. Competing companies don’t openly throw punches at their rivals.

Two years ago, Burger King’s long time competitor, (yep, you guessed it) McDonalds, had one of their locations just two doors down from the Akihabara Burger King. Long story short, the McDonald’s closed for whatever reason.

The Akihabara Burger King then displayed the same sort of poster that was recently displayed, with a chunk of horizontal text laced with a hidden secret message when read vertically. Two years ago, the ad talked about how despite being rivals, they were sad to see the McDonalds close, mentioning that because their rival was so close by, it encouraged them to work even harder every day. The message ended with what might have been another very subtle jab which read “with a smile from us, your competitors, thanks for all of your hard work.”

Here’s where Burger King Japan stirred up the pot two years ago. The secret message hidden vertically in the text read “our victory.”

Pretty clever, huh. Now, two years later, their current “things more important than the size of a store” secret message is in response to a new, massive (bigger than Burger King) McDonald’s Akihabara opening up within eyesight of Burger King.

Using the poster, Burger King Japan was able to throw in a quick one-two punch by boasting about not using any artificial products or chemicals all while conveying that these were the “things more important than the size of a store.” The “store” in question of course, being McDonalds.